As of August 2019, there are 24 US States that offer free college tuition programs, otherwise known as The College Promise Program.

It all began when The College for All Act was read by senator Bernard Sanders in the Senate in May 2015. Subsequently, in January 2016, the bill directed the Department of Education to award grants to states to eliminate college tuition and related expenses. 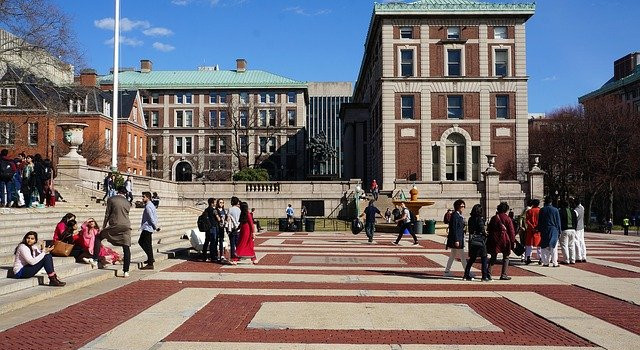 Most of these 24 states offering free college are focused on community college for associate degrees, but a few such as New York also offer free tuition for four year bachelors degrees.

The other states in the list of 24 include Washington, California, Wyoming, Montana, Idaho, South Dakota, Minnesota, Missouri, Louisiana, North Carolina, Oklahoma and West Virginia, and Hawaii.

Students need to be residents of the state in which they will attend college. He or she should have also completed high school in the same state and in most states, the student should be enrolled full time in college.

There are certain GPA and number of credits-per-term requirements which vary across different states, but most of these programs lean more towards middle and lower-middle income families. That’s because low-income students are already able to get the need-based scholarships and grants, but even with the very high tuition, many middle and lower-middle income students were statistically left behind.

Most free tuition programs are last dollar programs, which means that the program will pay all remaining tuition which is not covered by any other federal scholarships or state grant programs. Therefore, students need to apply for FAFSA and the regular state financial aid application prior to applying for these tuition-free programs offered by the state. Most programs apply to both US citizens and non-citizens, as long as they are residents of that particular state, and for non-citizens on a long-term visa or more.

Also, these programs are specifically for students who are enrolling for their first college degree after high school. Those who have already completed an associate or bachelors degree are not eligible for these free-tuition grants.

These college promise grants began in 2015 with two states which are perfect models for this program, namely New York and Tennessee. These two states also have the least requirements for student eligibility for this aid. But in any case, it is best for the student to be a resident of that state for the duration of high school, so as to maximize their likelihood of getting this free-tuition college grant.

A few other states with flexible/ lenient requirements for the promise grant include New Jersey and West Virginia, though they do have a low-income requirement of under $66,000/yr.

Wyoming’s promise grant is merit-based and the state awards higher amounts to merit students than students who are just average in academic performance. But this is not just limited to high school students, and also extends to home-schooled students with an ACT score, or high school equivalency students with a good GED score.

The states of Oregon, California, Hawaii, Indiana, Kentucky, Maryland, New Jersey, New York provide free tuition benefits to any student with a valid GED, whether or not they are home-schooled.

Minnesota and South Dakota have very limited number of grants and are in the initial stages of the program phase. Minnesota only supports 4 of its colleges for this program and South Dakota only awards a total of 300 such grants for high demand occupations in the state.

Though there are some wide gaps, overall these college programs are great for many students all across the United States. A number of states including Washington, New York, West Virginia, Oklahoma, Minnesota, Louisiana, Indiana and Arkansas also fully fund the tuition for 4 to 5 yrs of a typical bachelor’s degree program and their state colleges and universities.

These are a huge benefit to students nationwide and even students in states with the 2 yr programs can still complete their associates degree and then move into another state with lenient residency, establish one year of residency, and then apply as a transfer student into a fully-funded 4 yr bachelors degree.

This is especially suitable for students who do not want the additional cost of room and board and would rather just stay home for the duration of their associates degrees.

If you are an older or working adult, or for some other reason, you are ineligible for the college promise program in your state, you can still benefit from the extremely low fees charged by many of the flexible colleges we’ve listed in earlier posts.

In any case, by following either of these paths, you are guaranteed to have an affordable and financially easy process for completing your college associates or bachelors degree at most US institutions.

Apart from college tuition, student room and board is the next highest college expense. This problem is even more severe in large cities such as New York with many colleges but with high cost of...

Continue Reading
link to How To Prepare for AP Calculus

AP tests indicate a college level understanding of the subject matter and can be used to secure admissions and for advanced placement or college credits. In order to prepare for AP Calculus: ...